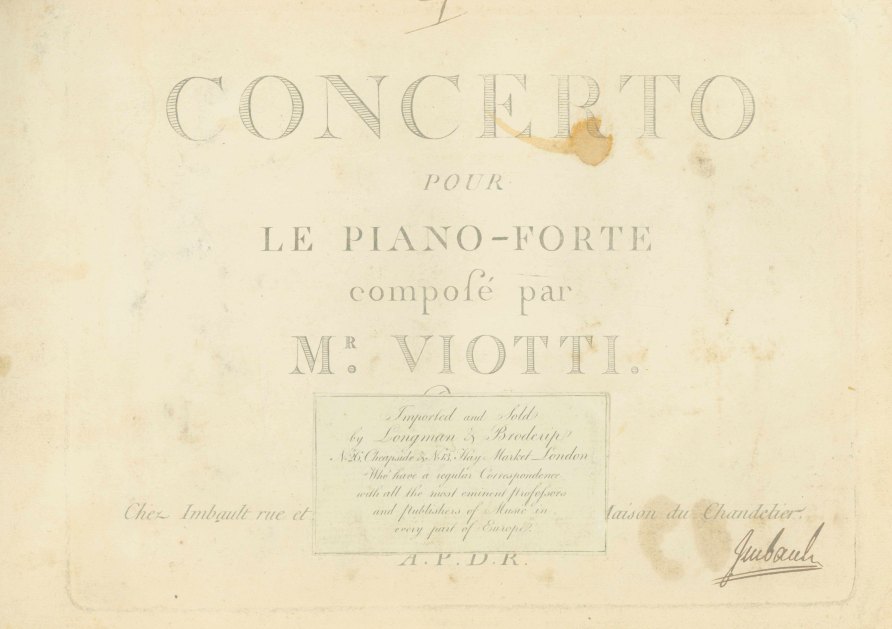 Click Image to ZoomEnlarge Image
Published in Paris during the tumultuous early years of the French Revolution. Solo piano part only.

This concerto was arranged from Viotti's Violin Concerto No. 6 in E (1782, WI6) by French pianist and composer Hélène de Montgeroult, though she is not attributed in this score. Montgeroult was aristocratic by birth and imprionsed during the later phases of the French Revolution; it was reported that her improvisations on the "La Marseillaise" before the ruthless Committee of Public Safety secured her freedom. In 1795 she became the first woman professor ever appointed at the Paris Conservertoire.