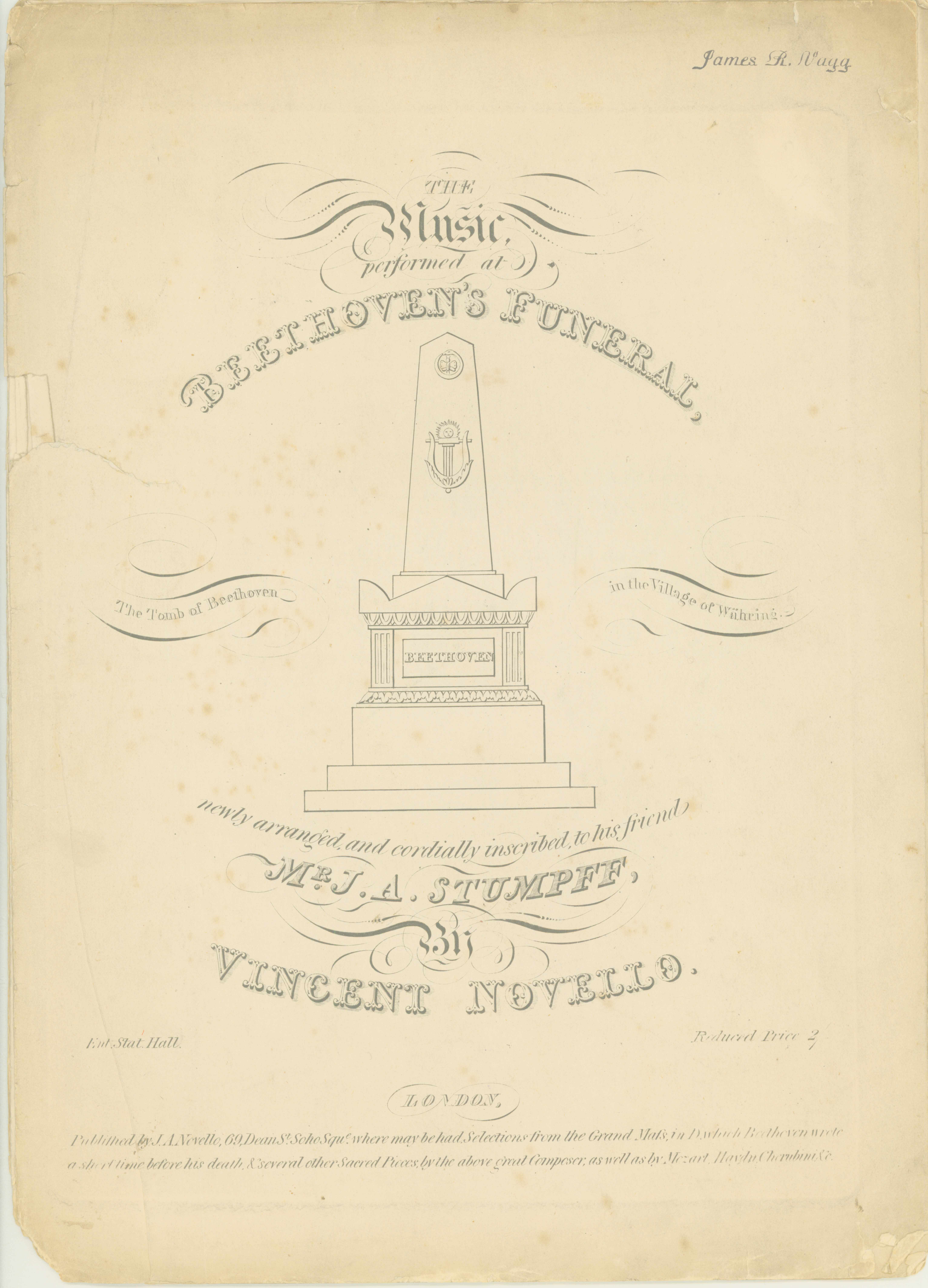 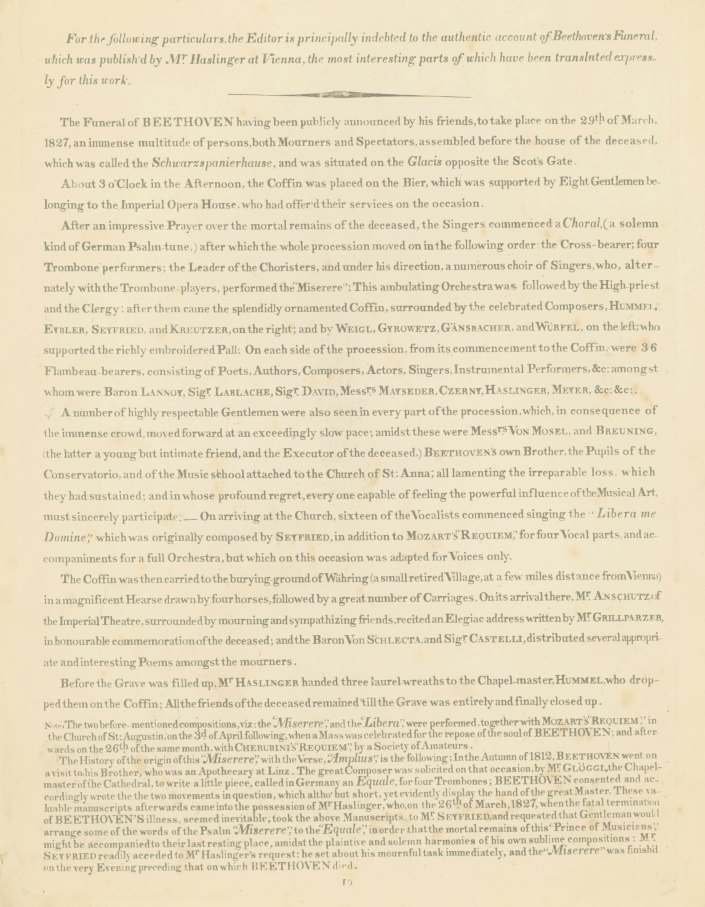 The three movements included are all scored for men's chorus and four trombones with an organ/pianoforte accompaniment arranged by Vincent Novello: Beethoven's Miserere and Amplius (pages 2-6); Libera me Domine, originally composed by Seyfried, in continuation of Mozart's Requiem (pages 6-10). The Miserere and Amplius were, as explained on the first page of this edition, unpublished at the time of Beethoven's death and in the sole possession of his friend, publisher and composer Tobias Haslinger, who arranged for their performance at the funeral (as well as during a memorial service given a few days later).

The first page contains a detailed description of Beethoven's funeral service based on Haslinger's firsthand account (which had already been published in Vienna). This summary lists some of the participants and some of the music performed, and outlines the order of the Mass.