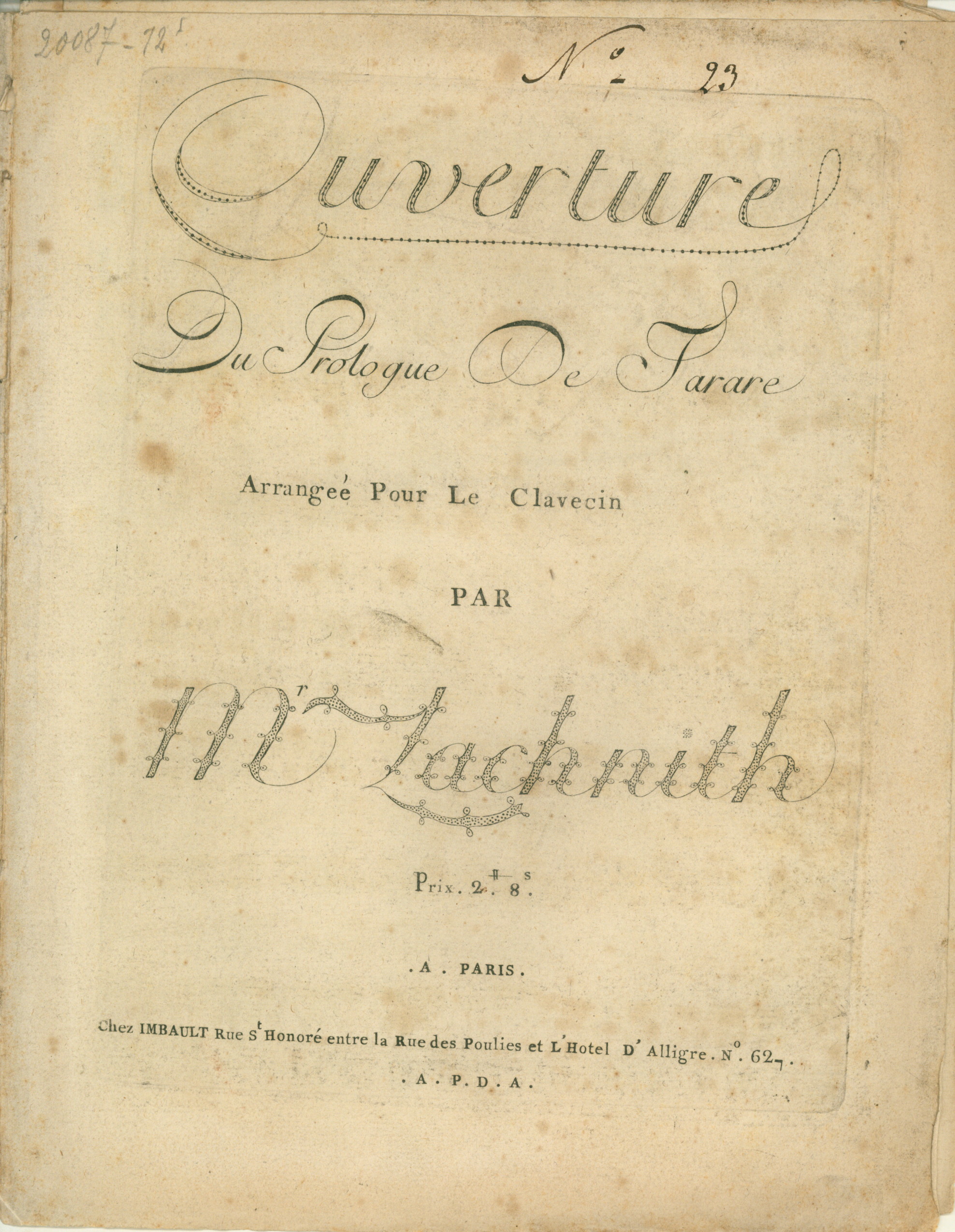 Click Image to ZoomEnlarge Image
Tarare is a tragédie lyrique by Antonio Salieri with a French libretto by Pierre Beaumarchais. It was first performed by the Paris Opéra at the Théâtre de la Porte Saint-Martin on 8 June 1787. The work's success prompted Joseph II to commission Salieri for an Italian version, for which Lorenzo da Ponte would supply the libretto. The newly composed work, which featured less political allegory but many of the same melodies as its French model, was retitled Axur, re d'Ormus and premiered in Vienna on 8 January 1788.

Chez Imbault published Tarare in full score in 1788; it is unclear if this arrangement was issued that year or the following.