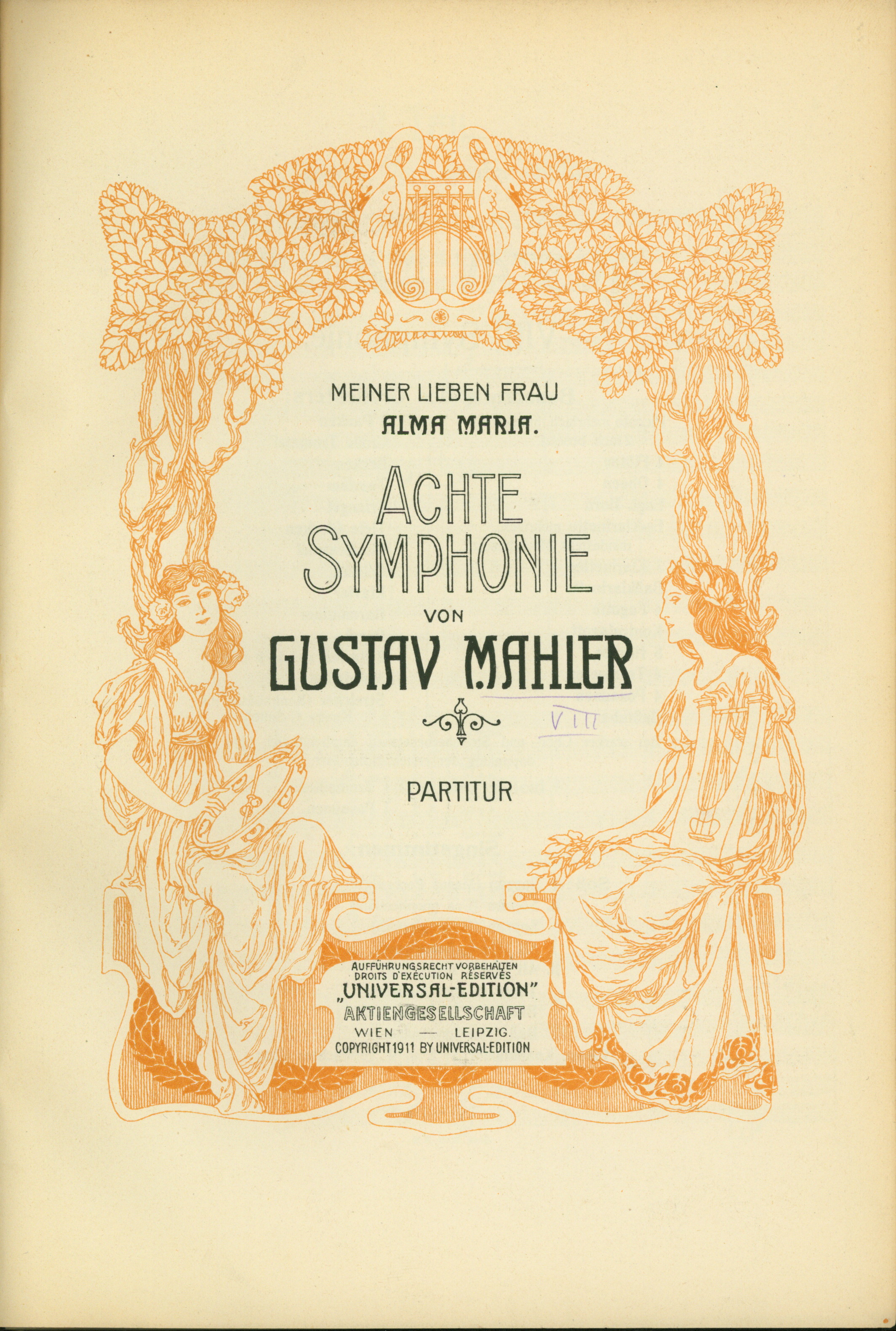 Click Image to ZoomEnlarge Image
Signed by former owners Fritz Stiedry (1883-1968) and subsequently Howard Shanet (1918-2006). Stiedry was an Austrian conductor and composer who conducted at both Lyric Opera of Chicago and Metropolitan Opera. Howard Shanet was a Columbia University-based conductor and writer on music, noted especially for his support of new music as well as neglected works of the past and as the author of A History of New York's Orchestra.

Mahler's Symphony No. 8 was a critical success when he conducted its first performance in Munich on September 12, 1910, the year preceding this edition.